A collision between a paedophilia advocacy group, a civil-liberties organisation and the Labour Party has resulted in a major British political scandal. The kerfuffle has nothing at all – and everything — to do with Israel.

Nearly forty years ago, the Paedophile Information Exchange (PIE), aiming to legalise sex between adults and children, sought closer links with the hard-left National Council of Civil Liberties (NCCL). The NCCL’s then legal officer is today’s deputy leader of the Labour Party, Harriet Harman. An exposé in the right-wing Daily Mail breathed new life into this old story. 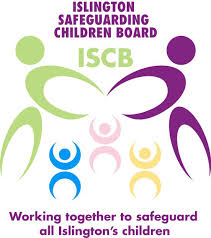 Today almost everyone agrees that the NCCL should have just said no to PIE. Instead, the civil libertarians granted PIE “affiliate” status. In effect, the NCCL supported PIE’s aims. The civil liberties of children does not seem to have mattered much to any of the parties.

Why did the NCCL embrace a cause from which it should have fled, for moral as well as pragmatic reasons?

Eileen Fairweather, a journalist with the feminist magazine Spare Rib at the time, provides some answers in a recent Daily Telegraph article.

Many PIE members, she notes, were articulate members of the middle class who “adroitly hijacked the language of liberation,” asking us to “show solidarity” with them. They claimed to be “oppressed by the patriarchy”. PIE sheltered under the “banner of gay rights.”

These are the very buzz words and concepts the left uses to demonise Israel. If this PIE controversy were to occur today, their public-relations-savvy leaders would find ways to include “ethnic cleansing,” “complicity” and “apartheid”.

Did Fairweather actually support PIE’s agenda? Wrong question. She knew the steep price she would pay if she opposed it: “I lacked the courage to be branded ‘homophobic’ — as opponents of PIE were.” Self-image and one’s standing in the radical community were more important than protection of children.

“I lacked the courage to be branded ‘homophobic’ — as opponents of PIE were.” Self-image and one’s standing in the radical community were more important than protection of children.

The radical left behaves with similar manipulativeness and emotive rhetoric regarding Israel, which it labels militaristic, colonialistic, imperialistic – and worse. Israel can do no right, the Palestinians and their allies can do no wrong. You can never criticise the oppressed Palestinians because that would involve “blaming the victim,” a fundamental leftist no-no.

Less evidently, anti-Israel leftists also jealously guard their radical self-images. If you want to remain a member in good standing as a radical, you concur with views even if they fly in the face of fact, logic, morality and common sense. And you do so because if you demur, if you question even the slightest detail of the agenda, you risk the kind of “branding” that Fairweather dreaded. The left has a particularly harsh stigma for such occasions. Your one-time comrades will proclaim you a “fascist.”

Branding terminology changes with the times. When Darkness at Noon author Arthur Koestler expressed his disillusionment with Stalin’s Communism, he was labelled a “counter-revolutionary.” It may not sound like much of a condemnation to our ears, but Koestler experienced it as powerful and hurtful. We will never know how many other wavering Communists of that era kept silent because they feared being excommunicated.

When Stalin joined forces with Hitler in 1939, “fascist” no longer made sense and was shelved. It re-emerged when Germany attacked the Soviet Union on 22 June 1941. After the Six Day War, the left went from approval to hatred of Israel, and the term regained currency. It was again permissible – almost de rigueur — to apply the term “fascist” to anyone who disagreed with you.

PIE never got the legal changes it wanted, but leftist gesture politics can have real-world consequences. Fairweather, who admits to having been “daft as a brush” at the time, wised up as she grew up, helping expose the fact that paedophiles gained employment in all 12 children’s homes in a London borough.

How did they get these jobs? 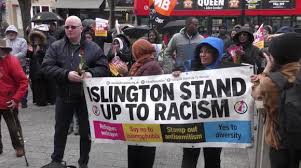 Islington subscribed to “positive discrimination,” says Fairweather. If you applied for a position in a children’s home and you were gay, you were hired. Neither experience nor references were needed in a borough which was politically correct before the term had become current.

Anti-Israel radical leftists substitute trendy words and slogans for the hard work of genuine moral and political analysis. They pride themselves on speaking truth to power but, as Fairweather shows, cowardice lurks just beneath the surface. When circumstances call for genuine bravery and independence, they are not selfless but selfish — and spineless.###