The radical left can chew gum and protest two or more causes at the same time. In fact, as self-proclaimed humanitarians, they should cast a wide net. Why, then, in a wicked world, do western boycott activists focus only on Israel? 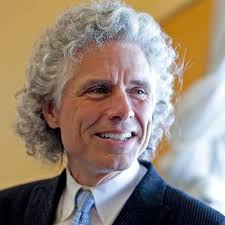 Arguing against a proposed boycott by American anthropologists, Harvard Professor Steven Pinker recently asked: “Why no boycotts against academics from China, India, Russia, or Pakistan, to take a few examples, which have also been embroiled in occupations and violent conflicts, and which, unlike Israel, face no existential threat or enemies with genocidal statements in their charters?”

This question is usually asked rhetorically. Last year, Curtis Marez, president of the American Studies Association (ASA), ventured a serious answer, explaining that his organization was targeting Israel because “one has to start somewhere.”

Even if that were the case, why not start with one of the many countries in which abuses of human rights and academic freedom are epic? “Worst first” has much to recommend it.

Professor Marez was widely regarded as ridiculous and widely ridiculed, but how do you explain why the left has been indulging in rabid, knee-jerk anti-Israel agitation for nearly 50 years? 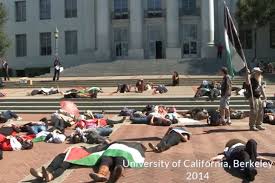 Many Israel supporters have an answer: anti-Semitism.

To my mind, the radicals themselves provide a different answer.

Modern leftists have abandoned the idealism and the goal of universal social justice that motivated their fathers and mothers and grandparents: the Old Left.

They are progressive in name only, propelled primarily by anger at the west.

The left’s demonization of Israel began with Israel’s victory in the 1967 Six-Day War—a conflict initiated by Egypt’s President Nasser, and one which could easily have had genocidal consequences had Israel been defeated. Nevertheless, the left declared Israel the guilty party.

Why did the left deliver a verdict that defied fact and logic? The Six-Day War occurred at a time of profound, widespread, social and political upheaval: the, in a word, Sixties.

The anti-Establishment movement—extreme, anarchic, drug-fuelled, contradictory—sided with the third world against the capitalistic west.

Israel was adjudged guilty in and by a court unanimously, psychedelically, biased against it.

At the time, Israel was neither the only nor the most important issue. That designation went to the war in Vietnam. It fuelled a vast reservoir of barely controllable rage. 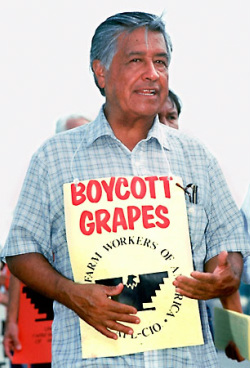 Civil rights and feminism, boycotts against South Africa and, in America, in aid of farm workers were also on the agenda. Many activists also had time and energy to Save the Whale.

When the Vietnamese War ended in the mid 1970s, the movement lost its main lure, its main motivator. Civil-rights and feminist protests eased as new laws were passed protecting minorities and ensuring equal pay for women. South Africa, the United Farm Workers, the whales and other causes came—and went.

Israel remained. And it remained the only radical cause because the modern left still despised the west more than it cared for social justice.

This leftist myopia also explains why the radical left has been blithely silent in the face of large-scale sexual slavery, genocide against the Yazidis and Rohingya, beheadings and genital mutilation of boys as well as girls (the boys are castrated and left to bleed to death), and many other horrors rampant today.

Sixties hysteria is long gone. In the mid-1970s, when the war in Vietnam as well as the Six-Day War were history, the left had an opportunity to calmly and rationally re-evaluate its principles and priorities.

It failed to do so, and the passage of time has made it much harder, even psychologically impossible, for many radicals to do so now.

Even if at least some radicals now suspect that they were wrong to view the Israeli-Palestinian conflict in formulaic and Manichean black-and-white terms, to change course now, to admit that their justification for vilifying Israel has been spurious, would also mean that they have devoted decades—for some, their entire adult lives—to supporting the wrong cause for the wrong reason.

So they will continue to bash the Jewish state. If Israel were to be battered into submission, they could claim that they were right all along—even if the battering were done for the most ignoble of reasons.

If a boycott movement was merely starting with Israel, as the hapless American Studies professor averred, it also finished there.

Simplistic, biased radical politics endures, destroying the moral and intellectual integrity of the left, and leaving the Palestinians still empty-handed. ###