But the details of one past gaffe elude me. Whodunnit? When did he do it? Alas, why did he not have enough sense to finesse his way out of danger?

Early one November morning—November 22, to be precise, although I don’t remember the exact year—a journalist approached a prominent politician seeking his reaction on the anniversary of the death of President John F. Kennedy. The politician was caught off-guard; he was unaware of the significance of the date. 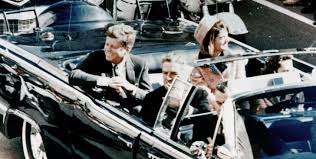 The year when this occurred very likely affected the outcome. It was not 1973, 1978 or 1983. In those years—the fifth, tenth and fifteenth anniversaries of the assassination—there was a lot of media discussion about the date’s historical resonance in the days leading up to the 22nd. When it arrived, most people knew the date’s significance. That includes politicians. They could prepare statements in advance.

But in what might be called the off years—the sixth or ninth or eleventh anniversary, for example—media interest waned and many people failed to connect the date with the assassination.

This journalist-politician incident occurred in one of these off years. Unfortunately, the politician was as at a total loss for words. He was surprised; worse, he admitted as much. He could not, and did not, give a statement because he had not prepared one in advance. Worse, he was unable to articulate a minimally acceptable sentence or two off the cuff.

This politician—a U. S. Senator, I believe, or someone else sufficiently high-profile to be interviewed on national tv—obviously hadn’t paid enough attention to page two of USAGM (the United States Anti-Gaffe Manual). This guidebook, which does not actually exist (yet), provides step by step instructions to squirm out of traps like this.

Yes, I (almost) remember it well

First, you repeat the question: “Ah, yes, the dreadful assassination of the President.”

With those eight words, you gain time. And a mere few seconds can be enough to allow you to formulate your next sentence, which could go something like this:

“The traumatic assassination of President Kennedy was such a momentous occasion that I have prepared a special announcement, which my office will release later today.”

Now you have gained even more time, several hours in fact, to actually prepare your special announcement – so you emerge looking more like a statesman than like Homer Simpson.

American politicians could learn from the British counterparts, who rarely make such gaffes. They can think on their feet and, if cornered, know how to retreat to safer ground by buying time. Then they successfully counter-attack.###