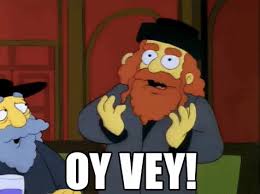 Israel, this article proclaimed, was cruelly and arbitrarily mistreating the residents of a Palestinian Christian village. The writer supported her contentions with evidence that was weak (where it was comprehensible) and blatantly biased.

Her article focused on an Israeli appeal court decision concerning the separation barrier at Beit Jala, a Palestinian Christian village near Bethlehem. The route “separates a convent from the monastery, and denies 58 Palestinian families free access to their farmland.”

The court considered re-routing the barrier, which the writer favoured. The court refused, basing its decision on security, which the author seemed to regard as a pretext. She had prayed “for a fair court judgment” but accused the court neither of bias nor unfairness. She nevertheless concluded that “bad judgment has now come”. 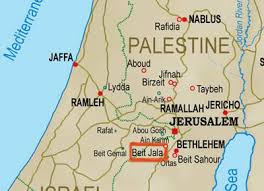 The Israeli court also decreed that local people would be granted access to their farms. This, too, she rejected, stating that Israel would hamper free access in practice. She based this assertion on past experiences in “her village”.

“Her village?” She has special links with the village of Jayyus, which she visits often. She is also a fundraiser for Quakers in Britain who “work closely with Israeli peace groups, go with them to witness house demolitions and stand with Palestinians in their non-violent protests”.

Thus her claims to neutrality are easily punctured.

I had overlooked her previous reports in the newsletter and was grateful that I noticed this particular hatchet job. “Your newsletter unfairly blames the Jews”, I exclaimed to a neighbourhood friend who is also a church official. 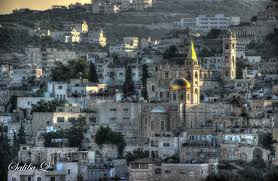 He countered that the article was about Israel, not Jews, but he was distressed at my being upset and immediately offered me a right of reply. I declined. In this southwest London suburb, Israel-haters grasp any pretext to bombard the local newspaper with anti-Israel tirades that persist for months. I did not want to inaugurate a new series of anti-Israel diatribes.

But my friend realised that the article was both spurious and offensive, and the offer of right of reply was accepted by a pro-Israel neighbour, whose answer was published in the next issue.

She noted that the original article failed “to mention attacks by Muslim Palestinians on Christians or that Israel is the only country in the Middle East where the number of Christians is rising”. 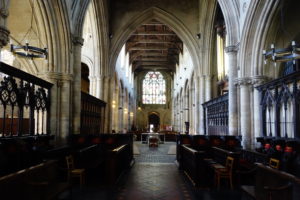 She also supplied a salient piece of information omitted by the original writer: Beit Jala “was used as a base by Palestinian gunmen to launch sniper and mortar attacks on Israelis in nearby Jerusalem”.

Her rebuttal was devastatingly persuasive. In addition, my fears of an anti-Israel cascade proved unfounded. The next newsletter has now appeared; Israel is not mentioned at all.

The vicar of this church is well known for his radical politics, and it is hardly surprising that the views of a pro-Palestinian activist were warmly welcomed.

But many members of the church now realise the harm and genuine pain caused by these poorly argued, assembly-line anti-Israel harangues. They do not want politics — at least of this sort — associated with their church, and they made their views known.

Will anti-Israel articles appear in future newsletters? If they do, I think there is a greater chance now that they will be less biased than the pieces that appeared in the past.

And will this church – with its professed concern over the persecution of Christians in the Middle East – print articles pointing the finger at the true perpetrators of those horrors? ###