More than fifty tenured Princeton academics recently signed a petition urging divestment from companies which supply military-related equipment to Israel. The organizers hope that many more of their colleagues will join them. The petition threw the local Jewish community into uproar.

It needn’t have: the petition is an intellectually shabby and manipulative work that would get a failing grade as a high school essay, let alone as an important historical and political document carrying the imprimatur of an Ivy League institution.

As if reluctantly, the Princeton academics “can no longer remain silent” in the face of Israel’s brutal treatment of the Palestinians. As is par for the radical anti-Israel course, the professors accuse Israel of a litany of dastardly acts – and are utterly untroubled by Hamas, an organization whose genocidal intentions are inscribed in its charter.

But the petition commits serious sins of omission as well as commission. Strip away the empty moralizing and one-sided accusations and the true nature of the petition is revealed: crass and blinkered Israel-bashing beneath a venerable letterhead.

Hamas launched thousands of rockets into Israel last summer, used children as human shields, and stored military hardware in hospitals and schools, including U.N. facilities. The petitioners mention none of this. They drafted their document before the attack on worshippers in a Jerusalem synagogue in mid-November—but well after it became public knowledge that Hamas fighters intended to use their extensive network of well-planned and well-built tunnels to infiltrate Israel and perpetrate mass slaughter.

To these academics, neither the tunnels nor Hamas’ genocidal fantasies exist. Indeed, Hamas itself hardly exists, and Gaza itself is as anodyne and innocent as Disneyland. Israel is like an Iago of the Middle East, propelled by motiveless malignity to attack all that is good and pure. 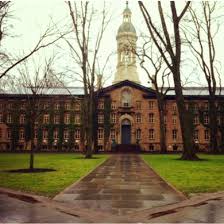 The Princeton petitioners assert that, by repeated military engagements in Gaza, Israel has been violating UN Resolution 242. That sounds very serious indeed, especially since their context suggests that this resolution commands Israel, and Israel alone, to behave in a certain manner.

In fact, Resolution 242 is a two-sided coin, seeking the “termination of all claims or states of belligerency” so that all peoples in the area could “live in peace within secure and recognized boundaries free from threats or acts of force.” This is the familiar “land for peace” resolution: give and take on both sides. It puts an onus on the Palestinians and their Arab allies as well as on the Israelis. If Israel violated this resolution, so too did the Palestinians.

The petitioners might also have explained that 242 is a chapter 6 U.N. resolution: essentially, unenforceable recommendations. If the UN had issued a more forceful chapter 7 resolution and directed it exclusively at Israel, that might be something to write home about. As it stands, 242 is deliberately balanced, and citing it as grounds to condemn only one of the two parties betrays either blatant dishonesty or an inability to read.

Admittedly U.N. resolutions can involve some tricky mathematics – understanding the differences between chapters 6 and 7 – but the petitioners could easily have surmounted this challenge, seeing as a signatory is emeritus professor of international law, Richard Falk, who retired earlier this year after a six-year term as a U.N. Special Rapporteur.

At the U.N., Falk was blatantly, consistently, notoriously biased against Israel. In an organization rife with anti-Israel biases, he was one of its more virulent and prominent contributors. He made one positive contribution, though: he helped kill the U.N.’s already moribund credibility.

Weaken Israel, strengthen Hamas. That’s a formula not for peace but for further rounds of fighting. It’s a formula for feeding the radical left’s obsessive and disproportionate hatred of Israel. In this petition, some of the world’s best brains expound on the complex decades-old conflict between Israel and the Palestinians and, highly selective in their evidence, produce only hackneyed tirades.

By their silence, they proclaim that they are untroubled by the ongoing slaughter of Christian and Muslim communities in the Middle East and Africa, by beheadings, by genuine—and genuinely horrific war crimes—perpetrated not by Israel but by several of its neighbors. Whatever its intellectual shortcomings, anti-Israel leftists revel in the kind of anti-Israel harangues of the kind perpetrated in this Princeton petition.

But any persuasiveness it might have – and coming from Princeton, it could and seemingly should have packed a considerable cerebral punch – will likely be limited to the already converted. In this petition’s final stage of composition, someone forgot to remove the hatchet. ###