Several recent initiatives reveal the deep intent of many academic BDS supporters to attack Israel at any price, even if their own credibility and integrity foot the bill. A group of Princeton professors, for example, upset by last summer’s Gaza fighting, declared only one party guilty—the party that is normally praised for its self-sacrificing restraint concerning civilian casualties.

More recently, anti-Israel anthropologists urged their association to vote for BDS, describing the Palestinians as the area’s indigenous peoples, oppressed by an alien, cruel colonialistic power. Historians Against the War (HAW) then joined the fray (the war in the group’s name is the 2003 Iraq War). Poorly organized and prepared, their BDS initiative was promptly and soundly defeated at the American Historical Association annual meeting.

I analyzed the Princeton initiative in an earlier article. The anthropologists’ argument that the Palestinian are the indigenous peoples of Ottoman/mandatory Palestine was picked apart by other anthropologists as woefully oversimplified and factually misleading, if not wrong.

Articles by both sides are available on the American Anthropological Association website, aaanet.org. The anti-Israel anthropologists use terms such as “indigenous” and “marginalized” emotively, devoid of factual substance. But they should be taken to task on other grounds. Whether indigenous or not, the Palestinian Arabs have made their own bed.

In the 1930s and early 1940s, the Palestinians were led by the Grand Mufti of Jerusalem, Haj Amin al-Husseini, who sided with the Nazis and met with Hitler. Their next prominent leader was Yasser Arafat, who turned down a viable Palestinian state at Camp David/Taba in 2000. The Palestinians habitually reject reasonable partition plans. The list includes the 1936 Peel Commission, the 1947 United Nations proposal, and several post-Camp David initiatives. 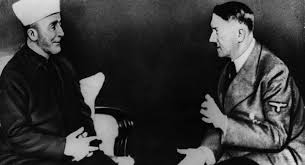 The Grand Mufti with friend.

Wilfully selective concerning the relevant facts concerning the Palestinians, anti-Israel anthropologists conceal the degree to which Palestinian marginalization is due more to their poor leadership and their refusal to compromise—their all-or-nothing attitude—than to supposed Israeli cruelty. If the Palestinians had accepted the U.N. proposal, they presumably would have become a sovereign nation. There would be no refugees and no marginalization.

But even assuming acceptance of the U.N. plan, Palestinian statehood was not certain. After the 1948 war, Egypt occupied Gaza, and Jordan occupied, and then annexed, east Jerusalem and the West Bank. Egypt and Jordan were doing no favors for the Palestinians, who, if they had declared their own state, would have had to contest land grabs by their much stronger Arab neighbors.

None of this appears in the brief proffered by the pro-Palestinian anthropologists. The historians were similarly blinkered. Expressing their concern for academic freedom and access to education, they managed to target the only country in the Middle East with a sterling record in this regard. They also alleged “acts of violence and intimidation by the State of Israel against Palestinian researchers and their archival collections, acts which can destroy the Palestinians’ sense of historical identity as well as the historical record itself.”

The HAW charges were comprehensively refuted in algemeiner.com, the Jerusalem Post, Times of Israel and many other print and online publications. The historians voted late on Sunday, 4 January [2015]. 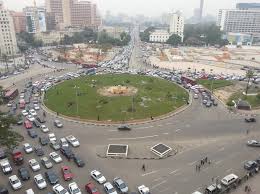 The New York Times carried the H.A.W. story the next day. The newspaper also published an editorial sharply criticizing Egypt for putting 28 men on trial charged with debauchery—in fact, for being gay. 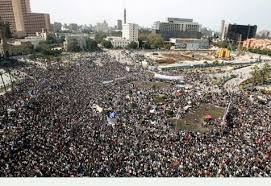 Of course, you cannot expect widely-dispersed academic groups to be as nimble as newspapers in responding to breaking news, but the editorial noted that the Egyptian government has been persecuting gays for two decades. Twenty years should provide time enough to compose the odd protest letter, unless you feel, or claim to feel, that your influence over such matters in the developing world is limited, even non-existent.

Maybe not. The very next day, Tuesday, January 6, the highly regarded BBC Radio 4 morning news program interviewed Maya Foa, Director of the London-based human rights group Reprieve. She brought the welcome news that death-row prisoner Shafqat Hussain had received a stay of execution. Pakistan resumed capital punishment after the Taliban slaughtered 152 school children in Peshawar in December. However, the death penalty is supposed to apply only to cases involving terrorism.

Hussain was convicted for kidnapping and accidental death, not terrorism. More to the point, when he was arrested, he was 14 years old. He had also, said Reprieve’s Foa, been tortured for nine days, and his family has been brought to the prison to say their final good-byes. Reprieve was one of several rights human groups monitoring Shafqat Hussain’s case, and Foa believes that their pressure prompted Pakistan to halt the execution.

It seems likely that if the human rights groups had been silent or invisible, Hussain would not have been reprieved. And then Wednesday, January 7, arrived, and with it, the massacre at the offices of Charlie Hebdo—followed by at least one other terrorist attack.

As this article is being written (January 9, Friday evening, European time), two other sieges have ended with all of the terrorists, and some hostages, dead. Saturday’s headlines have yet to be written.

They can make a difference. But of the world’s approximately 200 countries, they see only one nation as malign, as worthy of their moral and intellectual attention. They are not moved by the absolutely revolting horrors that occur in other countries. It is not influence they lack, but interest. ###