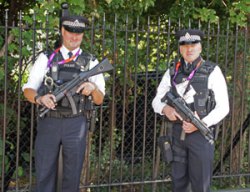 Good afternoon. Have a nice day.

The police may have been trying to tell me something, but a simple No Tickets Available sign would have sufficed.

The Games ended on a note of euphoria, and the empty-seat sagas seem to have been completely forgotten.

Nothing to see here

No, the Olympics officials had not solved it. A great many seats went begging well into the two-week series of events, as I discovered on Thursday, 2 August. Wimbledon was hosting a day-long set of dream matches. 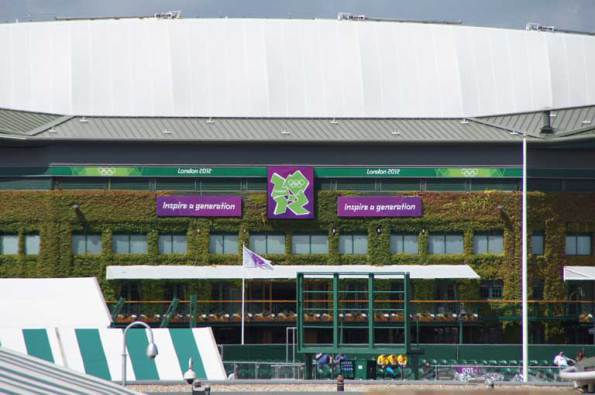 Wimbledon Stadium – from outside the gates

Six courts – including the two largest: Centre Court and Court One – would be in action. It seemed a good day to try to get a last-minute ticket, even though the schedule was packed with the biggest names in tennis: Britain’s Andy Murray, Roger Federer, Novak Djokovic, Serena and Venus Williams, Maria Sharapova, Kim Clijsters, Victoria Azarenka, Angelique Kerber and others.

As I approached the tennis complex from Southfields underground station, I asked a volunteer where a stray ticket might be had. He suggested that I not hold my breath and try such and such gate. Indeed, it soon became clear that no tickets were to be had: no returns, no no-shows, no nothing. Several other last-minuters shared my disappointment.

Success in getting a ticket had not seemed likely from the outset, but I had tried nonetheless. My journey from home to the All England Club would be relatively short and pleasant, and if I could not get in, I would explore the photogenic residential area adjacent to the Club. 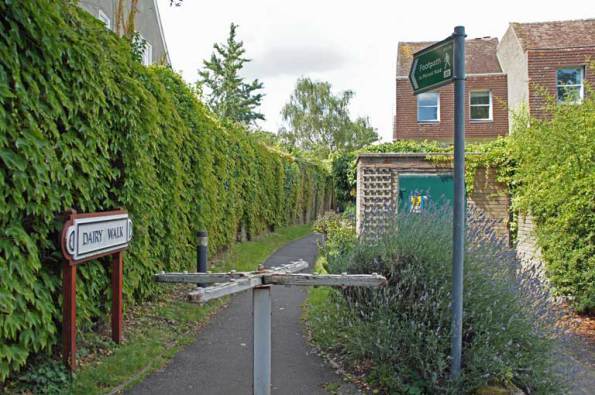 Turnstile at the Dairy Walk footpath a short walk from the All England Lawn Tennis Club grounds.

I happily snapped away. Seeing the old Dairy Walk turnstile and the rustic footpath alone made the trip worthwhile. Returning home via Wimbledon Underground Station also brought me to Wimbledon Village, located between the Club and the Tube. 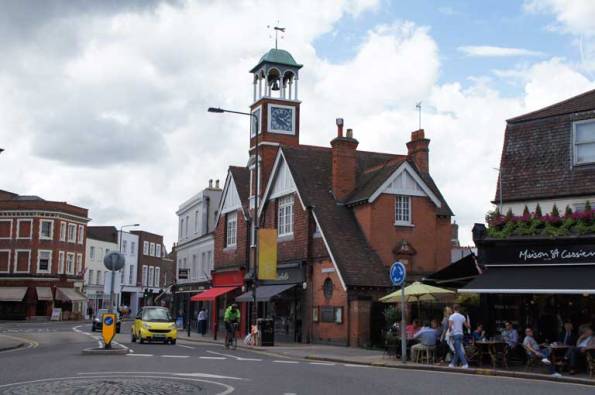 When I got home and turned on the tennis on TV, Viktoria Azarenka and Angelique Kerber were duking it out in a stadium that was easily more empty than full. Bums could easily have filled those seats, benefiting all concerned: the players, the Games organisers, the owners of those bums.

This action-packed Thursday was more than a week into the Games. One of those bums could and would have been mine. ###