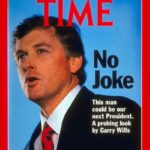 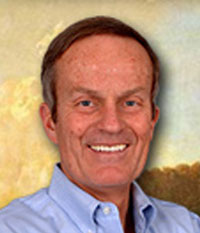 Running for a Senate seat in Missouri, Akin said what he meant and believed about abortion, but he ended up on the canvas. He knocked himself out.

Interviewed on television, Akin – a conservative who is anti-abortion regardless of the causes of the pregnancy – had said that “It seems to me, from what I understand from doctors, that’s really rare. If it’s a legitimate rape, the female body has ways to try to shut that whole thing down.”

All hell broke loose, from all sides of the political spectrum.

Akin quickly apologised. He “misspoke.” He added that he deeply empathised with rape victims.

His backtracking did not help and, after resisting enormous pressure to withdraw his nomination, he lost to democrat Claire McCaskill, getting slightly less than 40 per cent of the vote. McCaskill clocked a landslide 54.7 per cent. (Reagan and Quayle were also victorious). According to Wikipedia, Akin was comfortably ahead of McCaskill until he expressed his views on rape.

“It seems to me, from what I understand from doctors, that’s really rare. If it’s a legitimate rape, the female body has ways to try to shut that whole thing down.”

It is no secret that many people are totally opposed to abortion period – regardless of how the pregnancy came about. It was no secret that Todd Akin holds that view. And, years later, he wrote that he regretted apologizing.

As a gaffe collector, Akin’s gaffe interests me because of its larger linguistic and factual context.

Look again at his statement: “It seems to me, from what I understand from doctors, that’s really rare. If it’s a legitimate rape, the female body has ways to try to shut that whole thing down.”

Huge numbers of German women became pregnant by rampaging Soviet troops in 1945. [See * below] Much the same occurred more recently, and for similar reasons, to women in the Congo, the former Yugoslavia and other war zones. Akin – and the doctors he supposedly consulted – were wrong.

What is a “legitimate” rape? Are some rapes “illegitimate”? Female biology, he said, can only “try” to prevent pregnancy; it is not foolproof. “Shut that whole thing down” apparently means blocking impregnation. Coming from a member of a House of Representative science committee, his language, and the thought processes behind it, are chillingly inept.

President Obama lost no time criticising Akin, who also got it in the neck from the Republican Party, which asserted that “Governor Romney and Congressman Ryan disagree with Mr. Akin’s statement. A Romney-Ryan administration would not oppose abortion in instances of rape.” Other Republican groups also distanced themselves from his remarks.

In the initial aftermath of Akin’s statement, some commentators noted that the sentiments he expressed, whether biologically accurate or not, would not hurt him politically with his main base of supporters.

Given a second chance at that television interview, a hindsight-enlightened Akin would probably tread safer water on abortion by signalling his basic view but withholding specific details. 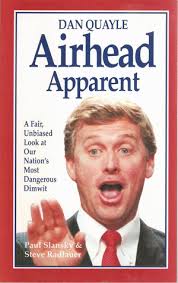 But in saying what he did, he at least expressed his honest and deeply-held opinion. His statement was, in this regard, understandable. Quayle’s error – not knowing how to spell a simple word, compounded by jumping into a situation better left well alone –  was monumentally inept politically and personally. He made himself into a buffoon.

I’m not sure that Akin’s goof qualifies as a proper American linguistic or verbal gaffe: he spoke his mind. He did not mangle the language or cook up a word salad – although “shut the whole thing down” is vague and awkward.

* 23 August 2012: In Berlin: The Downfall 1945, historian Antony Beevor notes that many German women in the eastern provinces were having abortions after being raped by Soviet troops (Penguin paperback, p.157). Beevor later notes that “many of the women who did give birth abandoned the child in the hospital, usually because they knew that their husband or fiancé would never accept its presence at home” (p. 412).